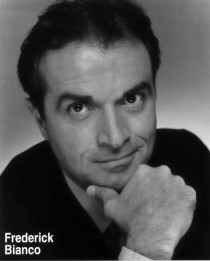 My mom planted the initial modeling seed in my early teenage years, "forcing" me to try a Saturday afternoon runway fashion show in a renowned, local department store in Towson, MD. Of course, at the time, I much preferred playing competitive sports with my buddies on Saturday afternoons and that always took precedence﻿!

Having a penchant for contemporary music along with some vocal and dance talents, I had a brief tenure with The Deltas, a local R&B band, as one of their two lead vocalists during my junior year in high school. ﻿For the band's history, including a vintage photograph, please see the book, Baltimore Sounds: 2nd Edition, [pages: 120, 586 and 627] for reference﻿.﻿

Then, my sophomore year in college as the captain of the crosscountry team, I was recruited and casted by a savvy and hip administrator to cycle on a tandem with a pretty cheerleader through the gateway of the campus in the opening scene of an industrial film for a famous cola company.

Much later while working as a young university administrator, I was asked to play a student, modeling athletic apparel﻿ and sportswear for the campus bookstore catalog.

Therefore, after many fruitful years of working in higher education administration, I thought it was time to branch out and try a bit of "moonlighting" by parlaying the aforementioned background history. Upon hearing a plethora of compliments from colleagues, friends and relatives on how sharply they thought I had always dressed, I finally took their somewhat biased recommendations and got a modeling headshot done [see above image]. Before long, a few local, Baltimore talent agencies actually took a liking to my eagerness and “engaging personality”, sending me on several photo shoots throughout the metropolitan area.

One agency in particular, took a genuine interest in developing and diversifying my portfolio and talents, and thought it was time for me to start doing some non-union background acting, in which I jumped at the chance. After a while, they eventually suggested that I consider joining SAG-AFTRA as well, since I met the intense qualifications of working enough television series, commercials and motion pictures.

In retrospect my only regret is that once again, I should have listened to mom and started many years earlier!﻿

Check out images from recent photo shoots and performances in my new Gallery.

I am available seven days a week!

Kindly send an email for immediate